Freedom is Peace and Peace is Free

Supplanter often refers to governments and rulers of countries, and it comes from the verb supplant, which evolved from the Latin supplantare, meaning "to trip up or to overthrow."

Israel means "the prince that prevails with God."  To prevail means "prove more powerful than opposing forces; be victorious."

Jacob had a son whose mother named him Joseph.  Joseph means, "May Jehovah add/give increase."

Joseph had a younger brother named Benjamin.  Benjamin is:

From the Hebrew name בִּנְיָמִין (Binyamin) which means "son of the south" or "son of the right hand".

Interesting.  No "lesson" from me this morning... just learning a few things and sharing what I find interesting.

I have not been to church since... maybe August or September?  Sometime after the flood turned my life upside down and inside out... well, it did that to a lot of people.  I mean a LOT of people... but anyway...

Lots of emotions, thoughts, reactions... and withdrawal... I don't know.f my

Part of it was when people LOST THEIR MINDS over the presidential election and screamed about it all over Facebook.

That had a lot to do with my leaving Facebook for awhile, to get away from the crazy mayhem caused by the political situation in this country at that time.  Came back to Facebook; still have not come back to church.

...Because I did not leave church just because of that.  I just... don't feel like going.  I don't want to deal with people, I don't want to stumble blindly through pre-scheduled ceremonies... greeting, prayer, two maybe three worship songs from YouTube, announcements, possible act of worship, scripture reading, sermon, lecture about money, collection of said money, communion preamble that I have just about memorized, communion, prayer partners, ONE MORRRRREEEEEEEE SOOONNNNGGGGGG... pastor says where anyone interested is going to lunch together, says a prayer, and FINALLY, freedom!!!!

Seriously.  That had become the longest hour of my life. And I don't even agree with a lot of what my church says.  I am pro-life; they are mostly not.  I cannot make sense of that.

The rest is fine and dandy and what have you, but it just feels like "let's play church"... except it's excruciating... maybe I have a touch of A.D.D. but it is SO HARD to sit through the end of a service!  I would leave right after the sermon and be very happy... but Lena likes to stay so, if we go together, I stay.  Because she wants to, and I respect that.

(Seriously... I think these thoughts all the time; just have never shared them except with Lena.)

I wish I could just go to a normal church.  Just sit anonymously in the back of a large, normal, God-loving church that focuses on worship, spends time in the presence of God, has teaching from the Bible, and I could leave at the end without having met or avoided anyone's expectations.

BUT I AM A LESBIAN. 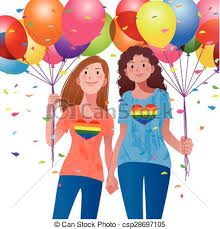 I can't go through that again.

I am not going to hide who I am, nor am I going to argue and defend who I am... just please leave me the hell alone, I will leave you alone, and we are all good.

Why does life have to be so complicated.  I love God.  I also love Lena.  Contrary to the belief of some, God loves me AND Lena... AND God loves "ME AND LENA." I believe that in my core.

So, I enjoy my Sundays at home now.  It's peaceful and quiet, I can read my Bible and even listen to teaching if I have the notion... and I don't have to get dressed.  LOL

God loves you, whoever you are, whoever you aren't... it's all going to be okay.  Please accept the peace God offers you.  It is free.  All you have to do is ask for it.

There are no conditions on God's love.  You don't have to earn it or pay for it.  You don't owe any debt or interest once you receive it.  God is amazing and worth getting to know.

So, that's it for today.  I am chillin with my Bible and my dog.

In a little while, I am going to see my sweet Mama at her place on the river in Maurepas.  It's gonna be a great day!

I hope you are happy and free today, as well!